Last week I posted the question, “what is a home?”.

In exploring this topic I’ve recently picked up a book from my shelves: “Home: A Short History of an Idea” by Witold Rybczynski. Here he describes how the concept of “comfort” and domesticity was not invented until the 18th century and makes an interesting connection between the emergence of an idea and language:

“The first use of the word ‘comfort’ to signify a level of domestic amenity is not documented until the eighteenth century.

People began to use the word in a different way because they needed a special word to articulate an idea which previously had either not existed or had not required expression.

This may seem trivial at first, but if you stop to think about it imagine that out of all western societies that have existed since ancient times it was not until the 1700’s that the concept of comfort in our homes was invented. Before this the main objectives of the home were to protect us from the elements and each other (the first purpose for dwelling since our origins as cavemen) & to maintain power and influence through possession and pomp (feudalism & show).

One could argue these latter purposes are still very much relevant today although other factors have also become just as important… What are the most important and relevant purposes of the 21st century home?

I am an architectural & interior designer studying cultural heritage management and museology. 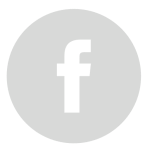